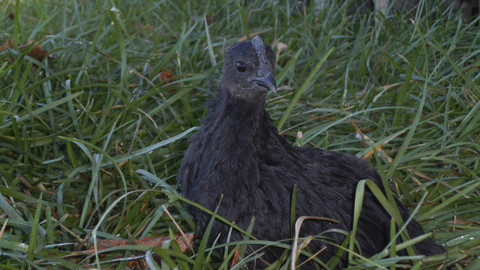 Hover over image to zoom

Pickup ONLY no SHIPPING

Ayam Cemani, referred to as the “Lamborghini of poultry", is an uncommon and relatively modern breed of chicken from Indonesia. They have a dominant gene that causes hyperpigmentation or Fibromelanosis, making the chicken entirely black; including feathers, beak, and internal organs.

With their beak and tongue, black comb and wattles, the Ayam Cemani is one of the most beautiful chickens in the world. Cemanis lay cream-colored eggs with a slight pink tint, however they are poor setters and rarely hatch their own brood.

Poultry Show Class: No official Show Class at this time.

All prices are in USD.